NPS Photo / Jacob Frank[/caption] Lichens are very important components of subarctic and arctic ecosystems due to their role in weathering of rock and minerals and their contribution of nitrogen and other nutrients to the soil. Lichens are often the very first life forms to colonize freshly exposed rock surfaces high in the mountains, where they begin the very slow process of weathering minerals from the barren rock and incorporating them into their bodies. When the lichens subsequently decompose, these nutrients become available to other forms of plant life, literally breaking down rock into its component minerals that are then available for plant nutrition. Individual lichens can be more than a thousand years old. These organisms are remarkably resistant to changes in environmental conditions and they can remain dormant for long periods of time if conditions are not favorable to their growth. The most frequently encountered lichens can be separated into four groups based on general body shape: [ezcol_1quarter] 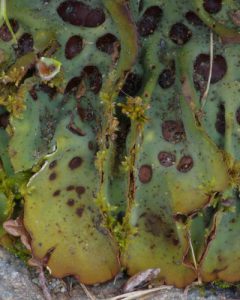 Foliose lichens have leaf-like body parts that are generally flat in cross section with a defined top and bottom (2-dimensional).[/ezcol_1quarter] [ezcol_1quarter] 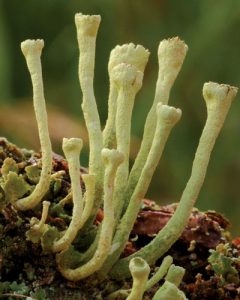 Fruticose lichens  have a body form like that of a miniature shrub, with branches that are generally not flat in cross-section (are 3-dimensional).[/ezcol_1quarter] [ezcol_1quarter] 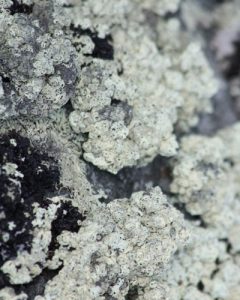 Squamulose lichens  are scaly and made up of many small, rounded (but flat) lobes. They are a form intermediate between foliose and fruticose.[/ezcol_1quarter] [ezcol_1quarter_end] 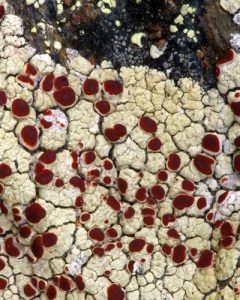 Crustose lichens are very small, and grow crust-like very close to their substrate - usually rock, soil, or tree bark.[/ezcol_1quarter_end] There are over 450 species of lichens that occur in Denali National Park and Preserve, but only a select few of the most frequently found are included in the atlas thusfar. Choose a species below or view the complete lichen species list. For more information on lichens, explore an interactive exhibit. [ezcol_1half] [/ezcol_1half] [ezcol_1half_end] [/ezcol_1half_end]

Browse All Lichen Species OR Back to Growth Forms...