The goal of inventory projects is to create a comprehensive list or status of a resource for a particular point in time and place, for example a collection of plant specimens or catalog of soil types that occur in a given area. Inventories provide vital information concerning the resources park managers must protect, and serve as an important baseline for monitoring future conditions. Highlighted below are the main inventory projects that have already taken place in Denali National Park and Preserve – the data from which was used extensively in creating the maps, plots, and charts you will encounter while browsing species in the Ecological Atlas. 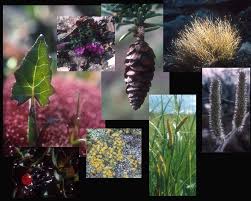 By combining pre-existing floristic data with original field work, park botanists produced a comprehensive list of vascular plant species that occur in the Park and described patterns in their distribution. During this project, 224 species were added to the Park flora, and species data were recorded for large areas that had never been surveyed previously. The book cited below summarizes the composition and distribution patterns of the Park’s vascular flora, and includes accounts of rare and sensitive plants, geographic areas, habitats and sites of botanical significance and sensitivity. Compiling a complete inventory of our vascular flora was a crucial step in understanding and conserving Denali’s plant diversity for the future. 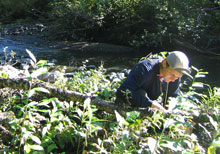 Although commonly overlooked due to their small size, bryophytes (mosses and liverworts) and lichens, have a very important role in Alaska’s ecosystems by- contributing to a large portion of overall biomass, biodiversity, providing many ecological functions, and often serving as indicators of air quality and climate change. Recent nonvascular data collection efforts as part of the Park’s vegetation monitoring (2001-2010) added to the targeted nonvascular inventory (2007-2008), contributing significantly to what the Park’s first botanical collectors had documented. During recent projects, 140 new species of bryophytes and 175 new lichens species were documented in Denali National Park and Preserve for the first time. 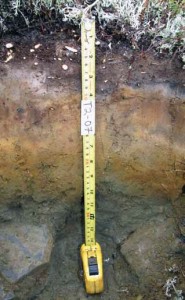 Field data for this project was collected from 1997-2002 and included visits to hundreds of sites throughout Denali National Park and Preserve. Researchers first used aerial photographs to identify polygons of land that looked to contain similar landform and vegetation patterns, then visited selected polygons to thoroughly document the soil and vegetation conditions actually present. Results could then be carefully extrapolated to other areas (not visited) based on having similar physiography, climatic conditions, soil features, and vegetation. This technique allowed for soil mapping and ecological classification of the entire Park, providing vital baseline data to park managers and researchers working to protect and preserve Denali’s pristine landscape. This survey was made cooperatively by the Natural Resources Conservation Service, the University of Alaska Fairbanks Agricultural and Forestry Experiment Station, and the National Park Service.

Continue on to Vegetation Monitoring…